An indication of container terminal automation’s effect on truck turnaround times can be gauged by the advent of Victoria international Container Terminal (VICT).

"Average truck turnaround timesdecreased by 4.8 per cent across the five ports in January-June 2017," the report states.

"Melbourne posted a decrease of 22.3 per cent, driven in part by commencement of operations at VICT."

However, Adelaide and Sydney recorded increases of 10.6 per cent and 8.3 per cent, respectively.

Meanwhile, container turnaround times decreased by 23.6 per cent in Melbourne and 6.2 per cent in Fremantle.

The total number of truck timeslots usedin the five ports increased by 2.1 per cent in January–June 2017 compared to the same period in 2016.

The per cent of trucks backloaded shows the number of backloaded operations as a percentage of total vehicle booking service (VBS) trucks in all five ports.

Also of note is that international shipping lines have gained from a recent reduction in port interface costs, for that quarter compared with the same quarter last year, with twenty-foot equivalent unit (TEU) containers $18-$23 cheaper on export and $19-$23 cheaper when imported.

The full report can be found here. 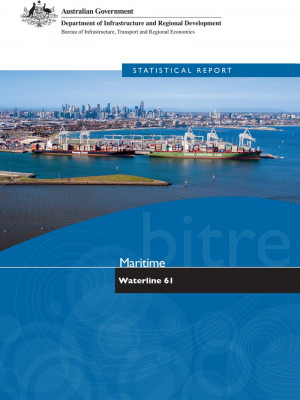